Studios at The Vaults

Studios at The Vaults is part of our long term dream in creating a live-work space for ourselves in the town centre of Bradford on Avon. The Vintners Conversion was completed in 2019 and was the first phase, creating a contemporary home within the structure of the old wine warehouse. This future phase will see the overhaul of the adjacent office building – The Vaults – a Grade II listed building originally built as the shop and office of the Taylor brothers who were wine merchants. They expanded into the Vaults in the 1880’s from what is now the Bunch of Grapes across the street.

The plans also include a new studio building in the courtyard which has been designed to read as structure hidden behind a contemporary garden wall. Together the two structures will form Studios at the Vaults – providing workshops and creative office space for small businesses and makers. 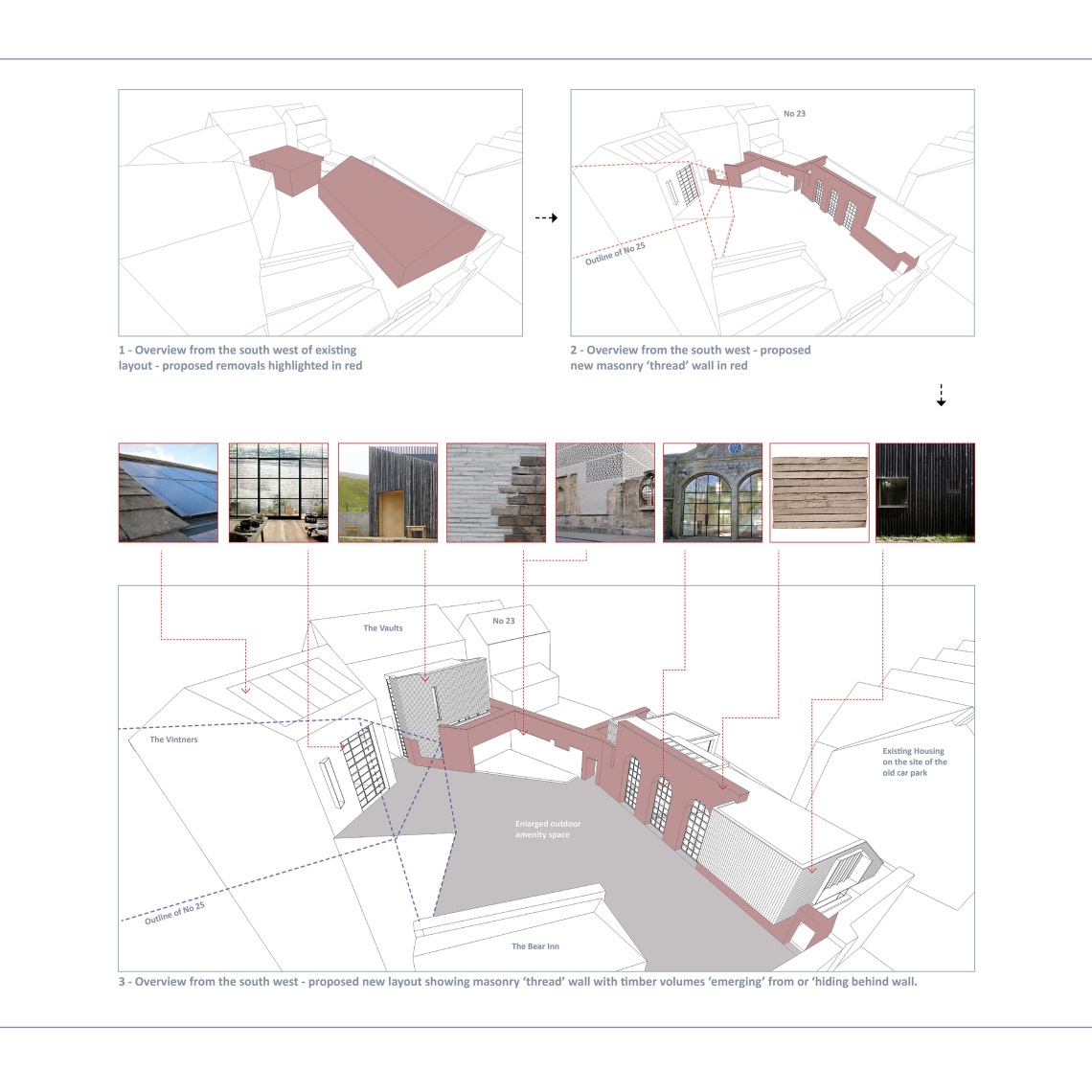 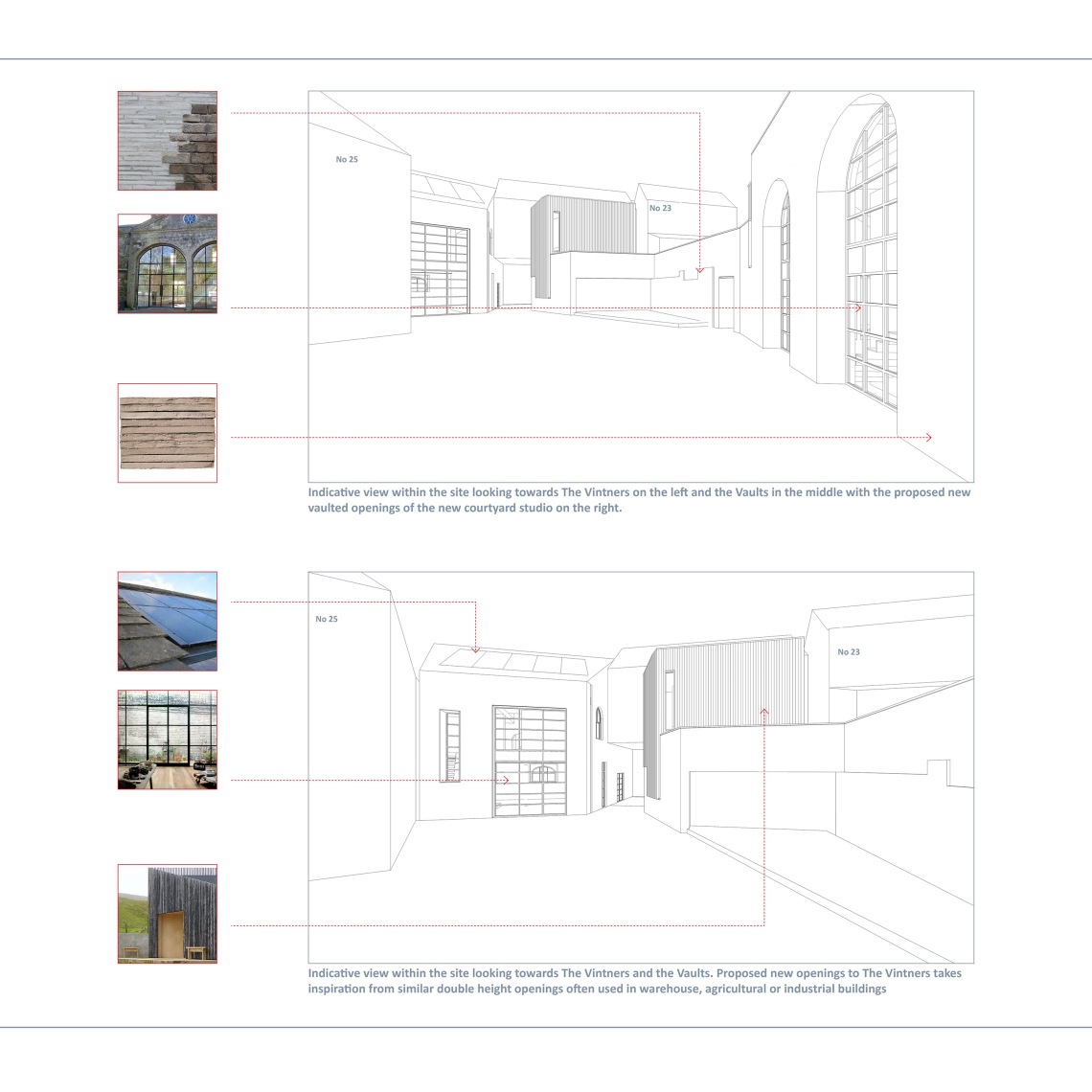